You may have heard the term “Earthing” recently. The term Earthing became popular when Clinton Ober published the book, “Earthing: The Most Important Health Discovery Ever?” in 2010.

The concept of Earthing posits that your body will begin to heal itself through the act of regularly walking barefoot on the Earth. The term Earthing is often used interchangeably with the term grounding, which can be confusing. Earthing refers to physical grounding, which is different than spiritual or emotional grounding.

Adding to the confusion, typically when someone refers to grounding, many of us automatically think of electricity. Those who know even just a little about electricity, know that modern electrical systems are connected to (or grounded to) the earth for safety in case of excess electricity in a system.

What does Earthing have to do with electricity?

The concept of earthing is based on the premise that the earth has a subtle electrical charge on its surface, and that when humans make a physical connection to its surface, the earth’s natural electric charge reduces inflammation, pain, and stress, and improves blood flow and sleep. It is also based on the idea that humans absorb ambient EMF’s, (electromagnetic fields) from electronics when we are not grounded, which can negatively affect our health. Earthing enthusiasts say that making a skin to ground connection (physical grounding) to the earth neutralizes the electrical charge in the human body.

Everything’s Electric
Everything from the sun, the atmosphere, and the earth itself, all the way down to our organs and cells need electricity to function. Our entire existence is based on charged particles interacting with each other. 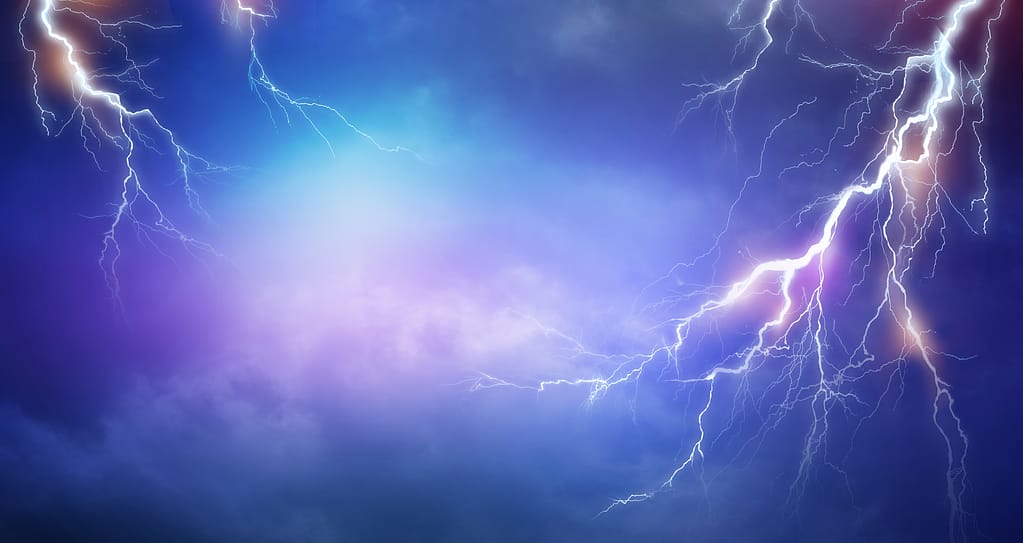 The Earth’s surface is negatively charged due largely to a net transfer of negative charge from the world’s thunderstorms and shower clouds to the surface.  In other words, we basically exist within a giant battery!

Our Bodies
Even at a cellular level our bodies depend on electrical signals. The heart produces a magnetic field, that is measurable outside the body, due to the coordinated depolarization of myocytes in the heart producing a current with each contraction.

The elements (such as sodium, potassium, calcium, and magnesium) that our bodies require to function have a specific electrical charge. Positive charges enter the cell through open ion channels. When the inside of the cell then becomes more positively charged, it triggers electrical currents that can turn into electrical pulses. Our bodies use these pulses, called action potentials, to initiate movements and thoughts.

Interesting! But what does all this have to do with Earthing?

Antioxidants are substances that protect the body by neutralizing unstable molecules called free radicals. They develop when atoms in the body gain or lose charged particles called electrons. Free radicals can do serious damage to cells when they build up in the body, contributing to chronic inflammation and other health conditions like heart disease and diabetes.

The studies on Earthing focus mostly on man-made grounding devices such as sleeping mats, shoes, and pads. There are some studies that indicate that grounding is helpful in a variety of ways. However, the design of many of the studies is questionable. Also, I was unable to find solid research looking at grounding outdoors, with participants making direct contact with the ground.

This is likely because these types of grounding devices provide a variable to study that is easily assigned and measurable. Since a well-designed scientific experiment eliminates as many extraneous variables as possible, sending people out into nature to ground complicates the issue because are a lot of potential extraneous and uncontrollable variables at play.

Solid experimental research is done through randomized controlled trials (RCT’s). These types of studies require subjects to be randomly placed into a treatment group or a control group. These experiments purposefully change one variable to determine if changing the variable results in any statistical differences between the groups. The idea is that the only variable that is different between the treatment group and the control group is the variable that is being studied. Studies are also usually “blinded”, which means that the participants don’t know which group they are assigned to, which is a control for the placebo effect.

The truth is that you can’t control for all the variables that are at play when you’re outside in a natural environment, rather than in a lab. Weather is a good example of an uncontrollable variable. Could being outside during a storm that has lightening change the ionic charge of the atmosphere or potency of the earth? Could solar flares affect the outcome? Also, there is no way of controlling for the placebo effect. . . if you are outside barefoot, you know it.

There are many valid criticisms about much of the research that has been done on earthing. One of the biggest criticisms is that the authors associated with much of the research (Sinatra, Zucker, Oschman, Chevalier, and Sokal) are on the board of advisors at The Earthing Institute.  These authors could have a major conflict of interest: financial gain. The Earthing Institute promotes earthing devices and provide links to sites like Earthing.com where Earthing devices are sold, and Clint Ober (who originally wrote the Earthing book) is CEO.

“Most people don’t have the time or the desire to go outside barefoot. Most “practice’ grounding inside, while sitting or sleeping. It is so easy to do. Actually, there is nothing to do. You can conveniently ground yourself with grounding products available on many websites. Original Earthing products, designed by Clint Ober, can be found at amazon.com, earthing.com and through a network of its distributors but in the U.S. and internationally.

Research on Earthing started in 2000 and led to the development of grounding mats, body bands, and patches for indoor use. Consider them as “barefoot substitutes” that allow you to be connected inside to the Earth outside.”

This demonstrates a clear conflict of interest, and in addition there is small number of randomly controlled trials, all with small sample sizes which are good reasons to be skeptical. Also, there are very few studies published by authors other than those listed above.

However, there is at least one study with promising results. “Electrical Grounding Improves Vagal Tone in Preterm Infants” (Passi et al) was published in 2017 in the well-known, peer reviewed journal, Neonatology. The study design was a prospective observational study using within subjects’ crossover approach. This was not a randomized controlled trial (RCT), and although they are considered the gold standard of research, sometimes Randomized Controlled Studies are unethical or impractical.

Previous research found that EMFs produced by incubators influence newborns’ heart rate variability, indicating that EMFs effect their autonomous nervous system (Bellieni et al). Heart rate variability is an indicator of vagal tone. This study found that electrical grounding increased the infants’ vagal tone, and that vagal tone significantly decreased when not grounded. Low vagal tone in preterm infants has been associated with increased risk of a condition known as necrotizing enterocolitis, which has a high morbidity and mortality rate.

The study was carried out at the Neonatal Intensive Care Unit at the Penn State Health Hershey Medical Center, approved by the Penn State College of Medicines’ Internal Review Board (IRB), and evaluated by the clinical trials office. The IRB is a federally mandated regulatory entity that oversees the protection of human subjects in research. I could not find any conflicts of interest, financial or otherwise. All of these things lend to the validity of the study. The main limitations of this study are the small sample size and the fact that it’s not an RCT.

The finding that increased vagal tone is related to decreased skin potential indicates that the reported positive effects of earthing are likely not due to a flow of negative electrons into the body through our feet eliminating free radicals, but rather that grounding reduces the influence of EMFs on the parts of our body that are influenced by electricity, like the Vagus Nerve.  Larger RTCs are definitely needed on a broader population to determine if these results can be generalized to a more variable population.

So, Does Earthing Work?

I know I feel better when I spend more time outside. Is it due to the neutralization of free radicals in my body? I’m not sure. There are problems with the basis for that hypothesis and a lot of criticisms of the research that has been done to date. I would like to see more solid scientific research, as well as research looking at other ideas, particularly with regard to grounding and the Vagus Nerve.

There are likely a multitude of reasons why Earthing might work since there are many known benefits to spending time outside, as well as benefits to spending time barefoot. My conclusion is that there is no harm in trying!  I am by no means suggesting that you run out and buy any Earthing devices. I have many unanswered questions. However, I am a huge proponent of people getting outside and connecting with the earth and nature.

Picking one element that is a part of a much larger and interconnected system and trying to study it is difficult. Truly, as humans we are affected by all interactions we have with our environment. The sun, the earth, the atmosphere….EMFs, pollutants, toxins. We are connected to all of it. We are part of a larger system.

We did evolve within that system. The earth’s diurnal rhythms even set the biological clocks for hormones that regulate sleep and activity. We have become more and more disconnected from our natural environment, and it makes sense that our rhythms and our bodies would be physically affected by that disconnection.

I will be hosting a free Earthing Meet up group on Thursdays in September from 5:30 to 6:30 at the Burlington Earth Clock at Oakledge park in Burlington, Vermont.  For more information, click one of the registration links below.

This is a free event, but pre-registration is required so I know who to expect. You can register for all 4 weeks, or just attend one or two. Be prepared to kick of your shoes and socks and connect with the earth.